Balamurali Krishna was born in Sankaraguptam, East Godavari District, Madras Presidency (now a part of Andhra Pradesh state). His father was a well known musician and his mother was a veena player. Ba...

Balamurali Krishna was born in Sankaraguptam, East Godavari District, Madras Presidency (now a part of Andhra Pradesh state). His father was a well known musician and his mother was a veena player. Balamuralikrishna's mother died when he was an infant and he was raised by his father. Observing his interest in music, his father put him under the tutelage of Parupalli Ramakrishnayya Pantulu, a direct descendant of the shishya parampara of Tyagaraja. Under his guidance, the young Balamuralikrishna learned Carnatic music. At the age of eight, he gave his first full-fledged concert at a Thyagaraja Aradhana in Vijayawada. Musunuri Suryanarayana Murty Bhagavatar, a Harikatha performer, saw the musical talent in him and gave the prefix "Bala" (lit. child) to the young Balamuralikrishna.

Balamuralikrishna thus began his musical career at a very young age. By the age of fifteen he had mastered all the 72 melakartha ragas and had composed krithis in the same. The Janaka Raga Manjari was published in 1952 and recorded as Raagaanga Ravali in a nine-volume series by the Sangeeta Recording Company.[9] Not merely content with his fame as a Carnatic vocalist, very soon started playing the kanjira, mridangam, viola and violin. He also accompanied various musicians in violin and is also noted to give solo viola concerts.

Mangalampalli Balamurali Krishna (6 July 1930 â€“ 22 November 2016) was an Indian Carnatic vocalist, musician, multi-instrumentalist, playback singer, composer, and character actor. He has garnered two National Film Awards (1976, 1987), the Sangeet Natak Akademi Award in 1975, the Padma Vibhushan, India's second-highest civilian honor in 1991, for his contribution towards arts, the Mahatma Gandhi Silver Medal from UNESCO in 1995, the Chevalier of the Ordre des Arts et des Lettres by the French Government in 2005, the Sangeetha Kalanidhi by Madras Music Academy in 1978, and the Sangeetha Kalasikhamani in 1991, by the Fine Arts Society, Chennai to name a few.

Balamuralikrishna started his career at the age of six. Up to the present time, he has given over 25,000 concerts worldwide. He accompanied Pandit Bhimsen Joshi, and gave jugalbandi concerts with Pandit Hariprasad Chaurasia and Kishori Amonkar, among others. He is also known for popularizing the compositions of Sri Bhadrachala Ramadasu and Sri Annamacharya. Balamuralikrishna's concerts combine sophisticated vocal skills and rhythmic patterns of classical music with the popular demand for entertainment value. Balamurali Krishna has been invited to give concerts in many countries, including the US, Canada, UK, Italy, France, Russia, Sri Lanka, Malaysia, Singapore, Middle East and many more. Apart from his native tongue, Telugu, his works also include ones in other languages like Kannada, Sanskrit, Tamil, Malayalam, Hindi, Bengali, and Punjabi.

He appeared as featured soloist with an award-winning British choir, performing the "Gitanjali Suite" with words from Rabindranath Tagore's Nobel Prize-winning poetry and music by "Dr. Joel", the noted UK-based Goan composer. His clear diction in several languages prompted an invitation to record Tagore's entire Rabindra Sangeet compositions in Bengali, preserving them for posterity. He has sung in French, and even ventured into jazz fusion, collaborating with the top Carnatic percussion teacher, Sri T.H. Subash Chandran, in a concert for Malaysian royalty. In February 2010, he did a three-day concert in Visakhapatnam.

Balamuralikrishna has over 400 compositions to his credit and is one of the very few people to have composed in all the 72 Melakarta Ragas and has created several ragas, with 4 notes and 3 notes and also has invented a new Tala system. His compositions encompass every facet in Carnatic Music that includes Varnas, Krithis, Thillanas, Bhavageethas.

Veena Kuppayyar was the son of a great Vainika Sambamurthy Sastry. After Kuppayyar attained a good level of proficiency in playing on Veena, he joined Thyagaraja for.....

Veena Kuppayyar was the son of a great Vainika Sambamurthy Sastry. After Kuppayyar attained a good level of proficiency in playing on Veena, he joined Thyagaraja for learning advanced music. He stayed in Thyagarajaâ€™s house for gurukula vasam. He did not happened to mention the he had earlier learnt Veena. He was getting tempted to play on Veena of Thyagaraja swamy; but hesitated to ask for permission. Once when Thyagaraja was away, he could not contain his enthusiasm and mustered courage to take Veena into his hands for playing on. Thyagarajaâ€™s wife peeped from inside to see who was playing on Veena so melodiously and got absorbed in the music. After a while Thyagaraja approached back to his house and overheard the music on Veena. He stayed outside till Veena Kuppayya finished and then he entered the house with full of praise for Kuppayyar. Later Veena Kuppayya became a great composer. Also he later stayed in Madras, and became instrumental in evolving that city into a centre for music,Â Â 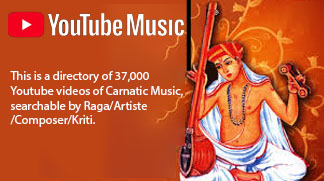 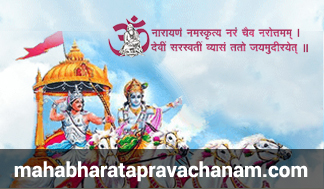 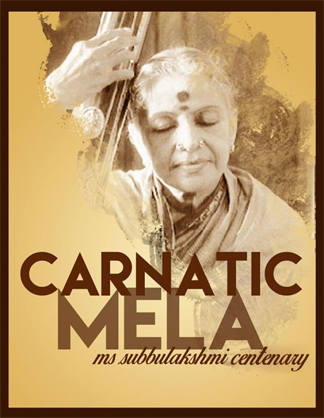